In June I travelled to Rádeyı̨lı̨kóé (Fort Good Hope) in the Sahtu region of the Northwest Territories. I was heading there to pay a visit to a friend, Daniel T’selie. We had paddled the Mountain River together in the summer of 2018 and through the course of the winter had hatched a plan to catch up. Northern communities are all unique, and the chance to learn from Daniel and his family had me full of anticipation.

Sitting on the Arctic Circle, Rádeyı̨lı̨kóé is a community of close to 600. Centred around a town square with bleachers and a baseball diamond, the streets snake around the boreal forest and low lying areas full of blueberry and labrador tea. Everywhere you go the hum of diesel generators follows. While solar panels can be found on a few residences, the majority of the electricity in the community comes from the NWT Power Corp. There’s a continual bustle of activity at the Community Office where local governance overlaps with Thursday night bingo. With the high school graduation celebration set for the day after I arrived, the whole community was gathering for a feast; people were moving quickly about town and the energy was palpable.

Over the next four days I began to settle into a routine. We stayed overnight in a wall tent and each day saw morning coffee followed by meals of country food, time in the forest or along the river and evenings spent listening to elders tell stories over mugs of tea. Each day brought new faces; whether they were curious children or community leaders there always seemed to be time for the strange paddler from out of town. Their generosity left me with a full belly, a comfortable place to sleep and new friends each day.

Late one night I found myself sitting around a small dinner table. The clink of dinner dishes being washed in the kitchen mixed with the crunch of Konn, a furry shepherd mix, enjoying the leftovers of a caribou shoulder that had been our evening meal. Our host was John T’selie, a noted Sahtu Dene leader, who possesses a wisdom I was only just beginning to grasp the depth of.

As the teapot was passed around, John explained how important it is that we eat the tough parts of an animal, for we are what we eat. He would be a strong mix of moose and caribou, with a life lived on the land. As he quietly told stories us stories of his youth his eyes would light up as the memories of shared time with his family. Of cabins on the banks of the big river (the Mackenzie), hunting in the mountains with his brother, boat breakdowns far from home. His love for the land and his people runs deeper than I could ever fathom.

I looked at the maps outlining Ts’ude niline Tu’eyeta or the Ramparts River and Wetland Protected Area pinned to the wall behind him. Years of negotiation, conversation and data collection had resulted in over 10,000 square kilometres being preserved for perpetuity. Lands and waters teeming with moose, beaver and fish that preserved will help ensure the Dene way of life continues. Stretching from the Mackenzie to the mountains and south to the banks of the Mountain River it was a great accomplishment. A small piece of the future that looks bright.

My last morning in town I enjoyed a coffee on the porch in the early morning cool. I felt disoriented.

I was in Canada but I felt as if I had crossed an ocean to an ancient land. A place—rich in culture and unspoiled wilds where, for thousands of years, the Dene have travelled the rivers and lands. Even today, after residential schools and relocations, they recall their stories and history.

I thought of an elder who spoke only K’asho Got’ine Dene and was mentoring the whole community on how to tan moose hides. I had watched as she pulled plants from the forest—some to ward off mosquitoes and others for tea—her granddaughters watching each of her actions intently, and I could see a way of life flowing between generations.

Leaving the town has not diminished the impression it left on me; the community’s willingness to share their world has greatly impacted my own. 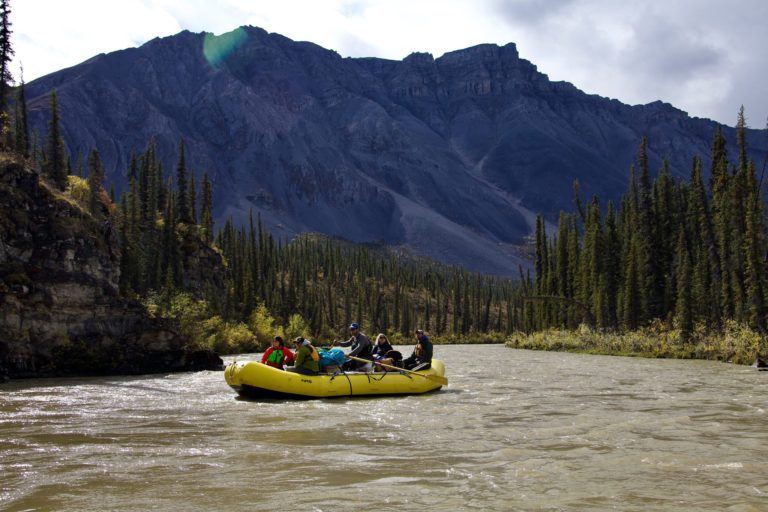 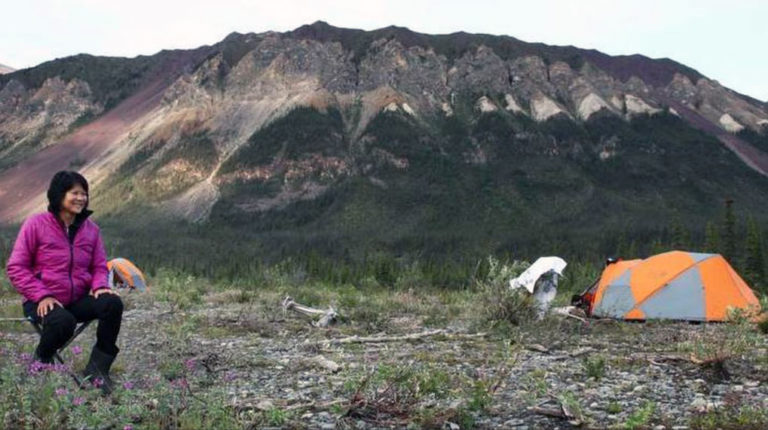 For Olivia Chow, 12 days on river offer chance to look back, move forward

Lair of the North Wind