The Mountain River is considered a world-class wilderness river by paddling enthusiasts for it’s challenging whitewater and stunning northern setting. It features large volume rapids, swift currents and six steep-walled canyons. Those who travel the Mountain are rewarded with not only an exhilarating, challenging adventure, but also some of the most pristine wilderness the north has to offer. Caribou, moose, wolf, dall sheep, grizzlies and black bears are among the wildlife canoeists are likely to see while on the Mountain.

The Mountain River is a tributary of the mighty Mackenzie – Canada’s largest and longest river system. It originates near the watershed border with the Yukon high in the Mackenzie Mountains.

Flowing eastward, the Mountain joins the Mackenzie River south of the Arctic Circle and flows out to the Beaufort Sea. The confluence is only 40 metres (130 feet) above sea level and extends approximately 370 kilometres (230 miles) with a descent of about 1200 metres (3937 feet) over its course.

It’s commonly believed that Mountain River is named for the twin peaks that indicates the confluence of the Mountain and Mackenzie rivers. The two mountains were likely used as landmarks by early travellers on the Mackenzie and signaled their approach to the merge of the two rivers.

The Itsi and Rouge ranges of the central Mackenzie Mountains contain glacial fields and an infamous granitic intrusion – the Cirque of the Unclimbables.  The Cirque is a world-class destination for the most adventurous rock climbers and is a recent addition to Nahanni National Park. 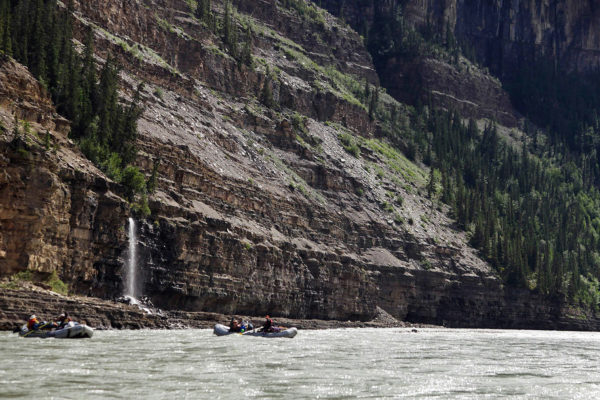 An exciting opportunity for those without advanced whitewater canoe skills to enjoy a spectacular northern river adventure experience by raft. 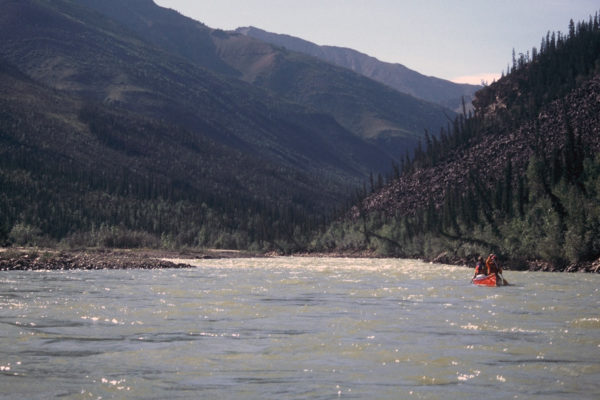 A Mountain River canoe descent is whitewater paradise among stunning mountain peaks – the perfect way to enjoy a challenging northern mountain river if you don’t have advanced whitewater skills. 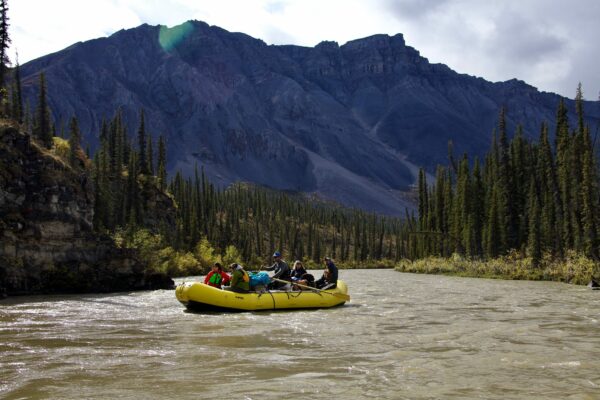 A tributary to the majestic Mackenzie, don’t let the classification fool you, the Mountain River is an important waterway in its own right and a spectacular journey for adventurous paddlers, by raft or canoe!