Canoe Expeditions on the Wind River in Canada's Yukon

Join us on a canoeing adventure down the Wind River in Yukon, Canada – an arctic mountain river known for awe-inspiring hiking and “friendly” whitewater.

The Wind River is a beautiful and inviting watercourse for any canoeist who possesses basic whitewater skills. In its upper reaches, the channel is narrow, gravelly, shallow and braided. Canoeists floating on the current enjoy an uncommonly vivid view of boulders and pebbles that appear to slip by beneath the boat. The ragged Rackla Range dominates the skyline. Wildlife and wild flowers abound.

The Wind is known for its crystal clear water. Canoeists floating on the current enjoy an uncommonly vivid view of boulders and pebbles that appear to slip by beneath the boat. The ragged Rackla Range dominates the skyline. Wildlife and wild flowers abound.

Every camp enjoys a beautiful backdrop for camping, and many offer a hike into the alpine to reveal panoramic vistas. On the river, the scenery continues to unfold daily in diverse tableaus. Bear River contributes to the flow where it meets the Wind. The name reminds everyone to be watchful for a sighting of the elusive grizzly. Royal Mountain appears on the horizon with regal splendor.

On it’s eastern shore the Wind courses beneath steep mountain slopes. Farther downstream, at the confluence with the Little Wind River, it squeezes out of the confines of the Illtyd Range into a broader, sprawling valley. At Hungry Creek, the landscape is dominated by Mount Deception. But there is no deceiving the paddler. This swiftwater canoe trip through the Peel watershed lives up to all the acclaim!

At the time of the Klondike Gold Rush, southern travellers who found themselves wintering on the Wind had a rough time. A small band of stampeders were forced to spend the winter at a makeshift camp, which they named Wind City. It was home to between 50 and 80 people during the winter of 1898-99. In the spring, they continued upstream on the Wind, over the pass to the Stewart River and then downstream to Dawson City. Many have searched for the remains of Wind City, but it seems to have been washed away by the shifting channels and spring floods of the river.

As the Wind approaches the Peel River, the valley bottom broadens and is heavily forested. It was in this region that another famous group travelled the river, but in the dark of winter. In December of 1910, Inspector Francis J. Fitzgerald of the North-West Mounted Police and his fabled “Lost Patrol” began their journey by dogsled, far away on Herschel Island, at the mouth of the Firth River. They neglected to engage a native guide for the remaining 475-mile (760 kilometer) leg. This oversight led to their peril. They floundered in the Wind River Valley, making vain attempts on the wrong tributaries to cross over into the Stewart River drainage. Finally, nearing the end of their supplies, they turned back. Weather and trail conditions conspired against them. Temperatures dropped to -65 F below zero and the group finally perished only 70 miles (112 km) short of Fort McPherson. They were discovered by a rescue party led by Corporal W. J. D. Dempster from Dawson City. The men of the patrol are buried in Fort McPherson on the Peel River, and Corporal Dempster was honored with having Canada’s most northerly highway named after him.

An arctic mountain river renowned for its tremendous hiking and "friendly" whitewater – ideal for intermediate canoeists interested in exploring the beauty that surrounds the Wind.

A Guide to paddling the Wind River

The Wind River is an Arctic wilderness river renowned for its crystal clear waters, friendly whitewater and awe-inspiring hiking. 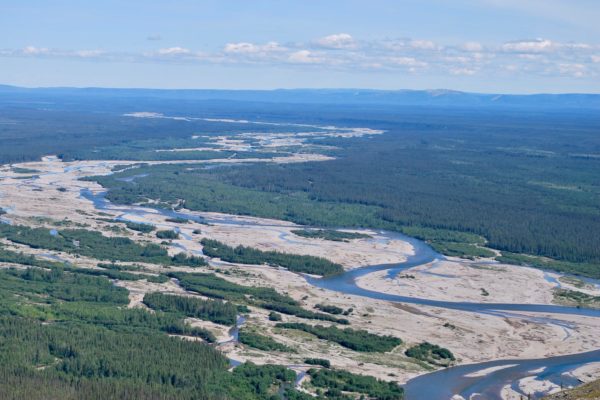 In 2019 Canadian River Expeditions heads to the Snake River and we invite you to join us to experience the volume of this grand landscape and to truly understand what is at stake. 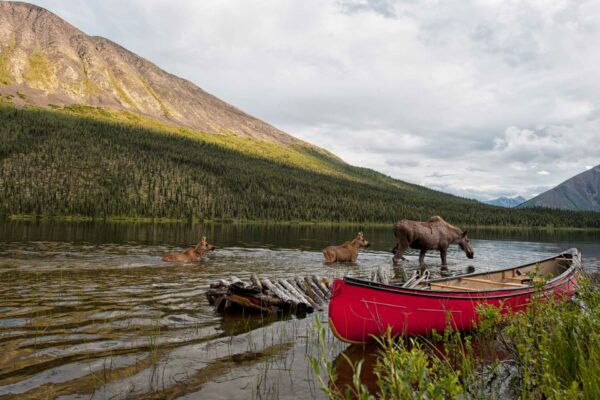 Joel Hibbard joined river guide, Bobbie Rose Koe, for a conversation about the Yukons’ Wind River, and the importance of protecting the surrounding Peel Watershed. 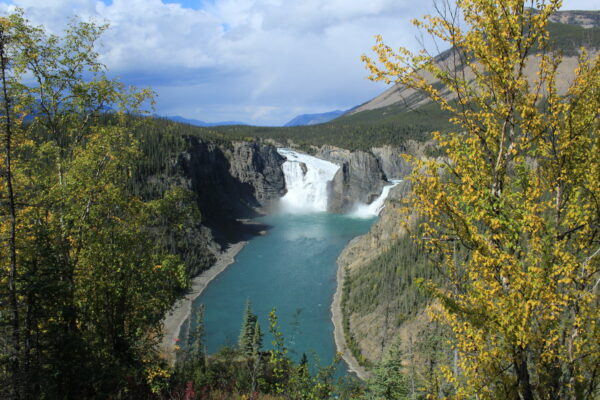 Giving Back To The Wild

At Nahanni River Adventures/Canadian River Expeditions, it is our passion and a privilege to share vast wilderness areas with our guests. With privilege comes great responsibility and, as a company, we do not take the opportunity and obligation we have to steward and safeguard the areas through which we travel each summer lightly.